Cosmetic dentistry is a Zooming business

You might think no one would appreciate a flawless Hollywood smile more than a dentist but surprisingly, that’s far from the truth.

Some dentists actually detest those perfectly aligned pearly whites and will try to steer clients away from the invasive procedures needed to obtain them.

Sure, they are sticklers for flossing and will reprimand you for those sugary treats you just can’t stop eating, but most just want their clients to have healthy smiles, not perfect ones.

The Smile Clinique principal dentist Dr Sarah Varma says a combination of social media and ‘the Zoom effect’ has meant more people are noticing what they look like in videos or in photos — and homing in on their flaws. Suddenly, that crooked front tooth never corrected with braces during your teens or that slight discolouring from one too many red wines during lockdown are amplified.

“And I even think a lot of weddings that probably would have been destination weddings are now local. People are sort of sticking around and getting things done here rather than getting them done overseas,” she adds.

Associate dentist Dr Bayan Habibi, from Aria Dental, says the typical “Hollywood smile” that some people are coming in and asking for is a complicated thing to address.

“I guess there are psychological aspects to it as well but we spend a lot of time trying to moderate people’s expectations and trying to divert them towards, I guess you could say, healthier alternatives as in not being as invasive, considering the orthodontic options as opposed to putting on veneers, bleaching instead of having veneers, always trying to be as conservative as possible,” he says.

Thankfully, he does believe the trend for flat, white, unnatural-looking smiles is on the wane. “Nowadays, there seems to be a much bigger focus on having something that looks healthy and natural, rather than overly perfect — something that seamlessly blends in but looks beautiful, that’s really what we focus on,” he says.

For those considering cosmetic dentistry, Dr Varma urges people to really think about what it is about their teeth that bothers them.

“Don’t just go with a Hollywood smile or whatever,” she says. “If it’s just a space between two teeth, that can probably be fixed a lot easier than they think and if they can have a really hard look and understanding of what it is that really bothers them, then they can have a treatment plan that’s suitable for them because I feel a lot of the time in cosmetic dentistry, you’ll see a lot of it on Instagram, it’s very much one size fits all.”

And both Dr Varma and Dr Habibi urge anyone thinking of getting work done to shop around and do their homework.

“Look at the (dentist’s) portfolio to see what sort of work that person does, what’s their style, for example, to see if you vibe with what they do,” Dr Varma says.

It’s also helpful to talk to people who have gone to the same dentist to learn about their experience.

“Talk to the person, talk to the team and see whether you can actually get on with them and trust them, because trust is such a big thing when it comes to cosmetic dentistry. You can’t go ahead with something like that unless you have a lot of faith in someone.”

Here, the two reveal the most popular smile-enhancing treatments at their clinics.

Perhaps the most cost-effective way to improve your smile, teeth whitening can also make other imperfections less noticeable and eliminate the need for more invasive work.

Options range from an in-chair one-off procedure to a take-home kit, where a mould of the teeth is made to house bleaching gel during treatment.

Both procedures have pros and cons, so Dr Varma says it comes down to what treatment plan works best for each individual client. While the take-home kits are cheaper, they are a more drawn-out process and while the in-chair procedures are quicker, they can cause more sensitivity. “We do find that our in-chair service is more popular, purely because it’s all done in one session and when people do the take-home, they really are supposed to restrict their diet, as in not eating and drinking staining foods during the whitening period,” Dr Varma explains. “So many people are coffee drinkers now that we would rather go through an hour and a half of getting in-chair whitening, potentially having a little bit more sensitivity in the short term for a day or so than having to go through a two-week treatment where you can’t drink coffee for a couple of weeks.”

There are a lot of misconceptions about veneers thanks to social media and those viral “shark teeth” videos that show how much of your natural tooth needs to be shaved down to achieve that perfect smile.

People often confuse veneers with crowns but the two procedures are markedly different. “There’s a lot of talk about shark’s teeth and shaving teeth into a point but it’s not actually like that,” Dr Varma says.

“So if you get crowns on your teeth, yes, they will be shaved down significantly — you’d lose about 40 to 50 per cent of the tooth’s structure in doing that. However, if you’re doing veneers, you’re mainly just preparing the front surface, so it’s really not too dissimilar to, say, getting acrylic nails. In actual fact, acrylic nails were invented by a dentist, so that’s sort of where the concept comes from, where you’re bonding something on top of an existing structure.”

Dr Habibi says a veneer is a facing that goes over a tooth and is just 0.4-0.5 millimetres thick, whereas a crown requires cutting all the way around the tooth.

“Crowns are a lot more invasive and are associated with a higher risk of complications but sometimes it is necessary because the teeth are so badly damaged that there isn’t really any other option,” he says. “But crowns, as far as cosmetic work is concerned, it’s really something that we would put last on the list of what we would like to do.”

Invisalign is a clear retainer designed to put pressure on the teeth so they straighten as they move into the aligners.

“Every two weeks, you move into a different set so that your teeth continually move until you finish the course of treatment,” Dr Varma explains.

The length of treatment depends on the amount of movement required but Dr Varma says it can be anywhere from two or three months to two to three years.

Dr Habibi says it’s easy to see the appeal of Invisalign compared to the metal braces we all hated in high school.

“You don’t have to be a dentist to understand that having metal showing everywhere in your mouth, it draws more attention to your face than you would like,” he says. “People often find it very difficult to clean. So Invisalign, especially in the last five years, but obviously in the last year or so, has become incredibly popular.

“People are avoiding having things like veneers and instead straightening their teeth first and then whitening them to the colour that they like.”

To read the article on The West click here > 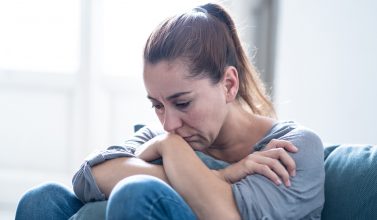 At Aria, we believe that everyone has the right to optimal health and wellbeing. Being healthy and living well is… 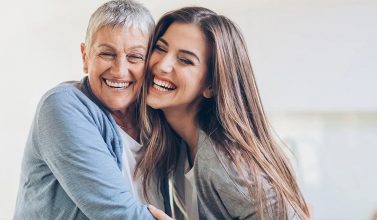 Dental Implants can be a lifesaver if you’re missing teeth Our teeth are so important, as anyone living without them… 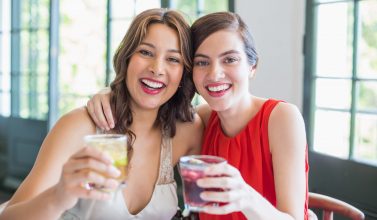